Transgender Day of Remembrance is held annually on November 20th. At St. Mark United Methodist Church, we have a worship service of remembrance the Sunday before. We were honored to have Dr. Erin Swenson deliver our sermon this morning. She “broke new ground within mainstream Christian Protestant faith groups on October 22, 1996, when the Presbytery of Greater Atlanta, by a vote of 186 to 161, sustained her ordination as a Presbyterian minister. Erin had transitioned from male to female in 1995/96 after 23 years of ordained service, and with the Presbytery’s vote in 1996 she became the first mainstream minister to make a gender transition while remaining in ordained office.”

But sadly, revealing oneself as a transgender person is dangerous. 200 beautiful trangender men and women, beloved people created in God’s image, were murdered last year. Many, many others committed suicide because they could see no hope for acceptance in this world. But there is hope.

Shine. Shine on. Be brave. Be safe. Find your community of believers and supporters. Be an ally. Use your voice. Do the right thing.

Even one brave child of God can change a piece of the world.

The darkness WILL NOT overcome it!

What Does Transgender Mean?

Remembering the Murdered (Look at how many in just one year.)

Reconciling Ministries Network of the UMC 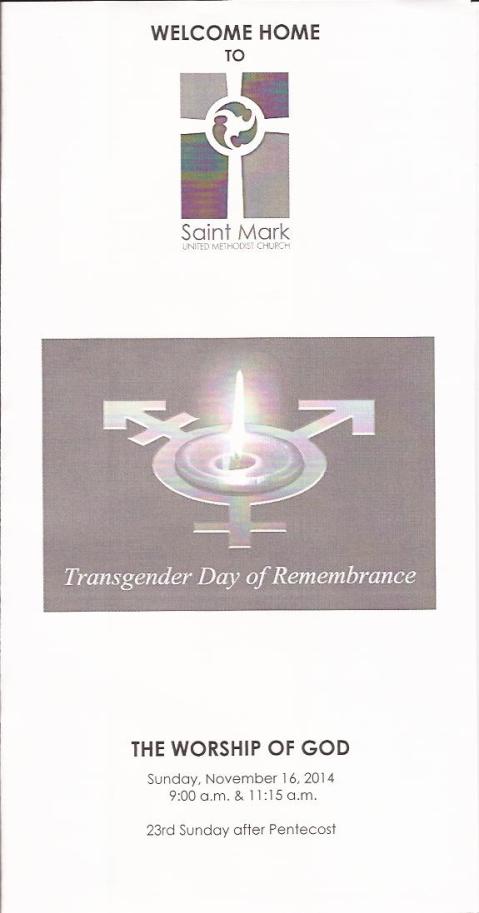 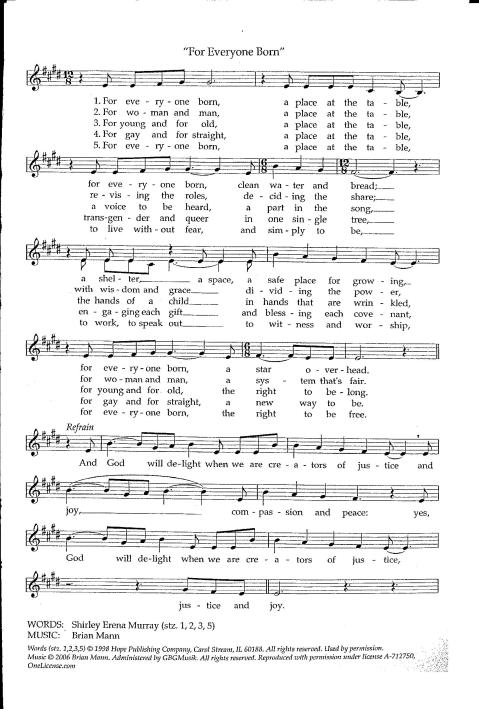